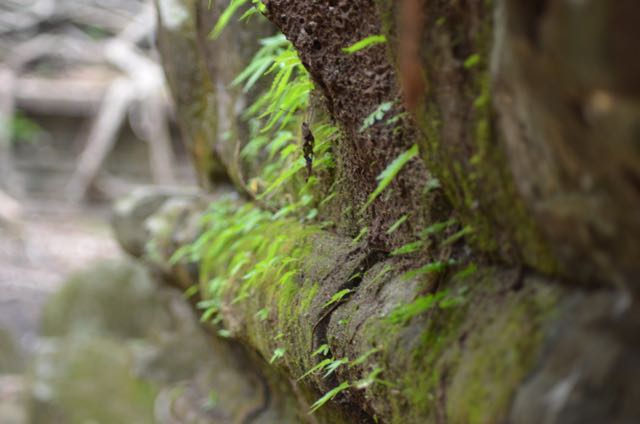 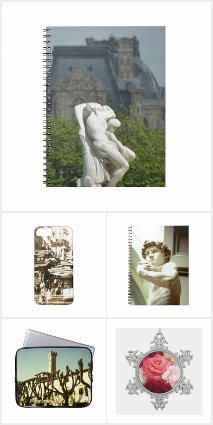 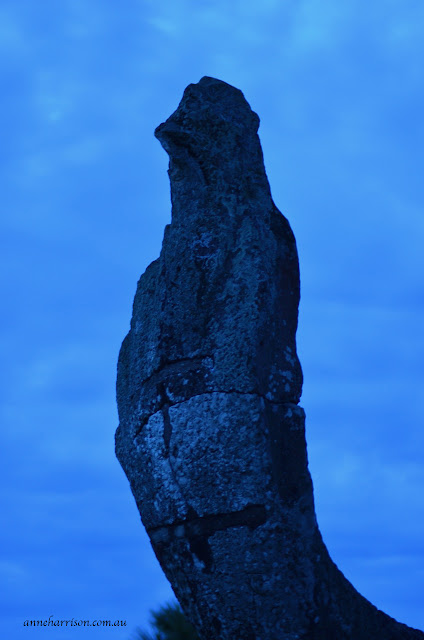 Watching the sunrise over Angkor Wat is truely a magical experience. Even despite the crowds, it is one of those memories which doesn't fade. 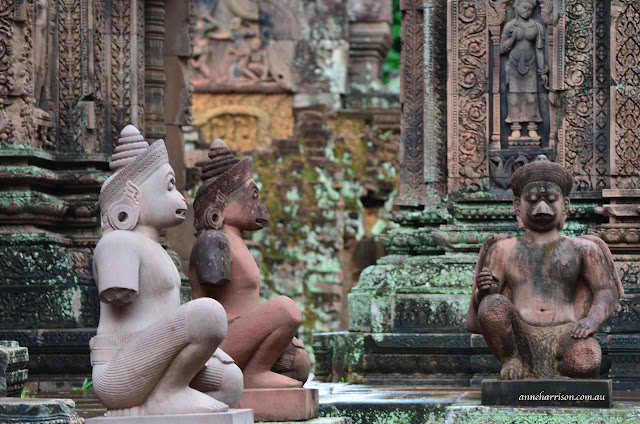 In the jungles around Angkor Wat many other temples were consumed by the jungle, only to be rediscovered last century. 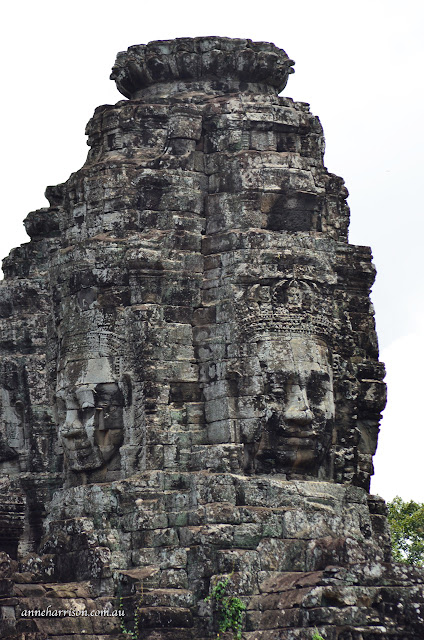 The architecture and skill of these temples is incredible. Then there is the art work, the carvings of the stone somehow surviving the centuries, despite many of them being carved from soft stone. 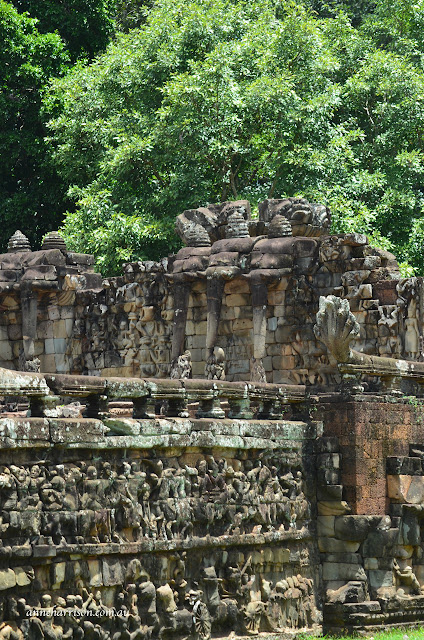 It took me a while to see the elephants, which I caught in the above photo. Their heads are on the upper wall, their long trunks dangling to the terrace below. 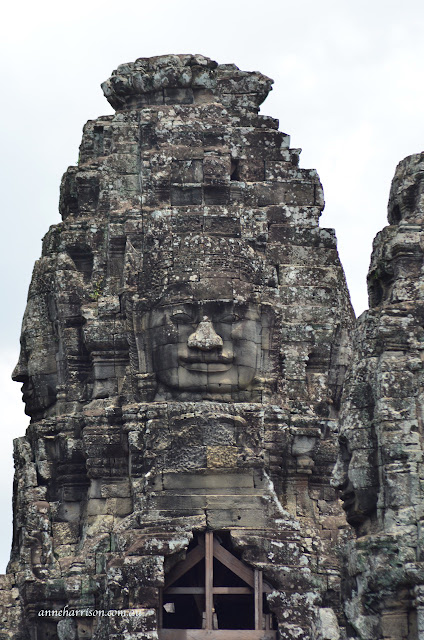 So many hidden faces in these carvings, some so incredibly large it actually took me a while to notice them. 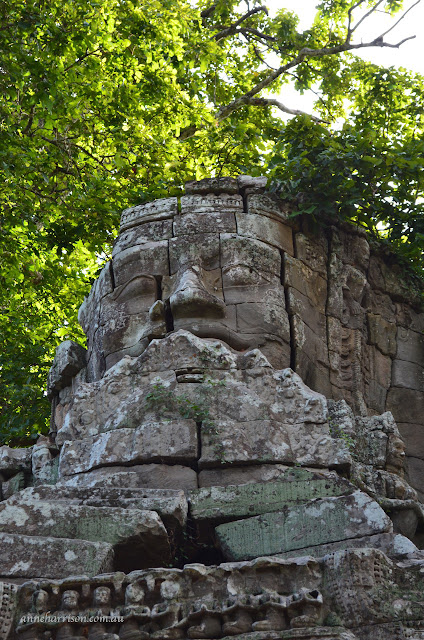 In each temple I found something different, from the living faces of the buddhist monks here, to the others of stone, hundreds of years old, watching all. 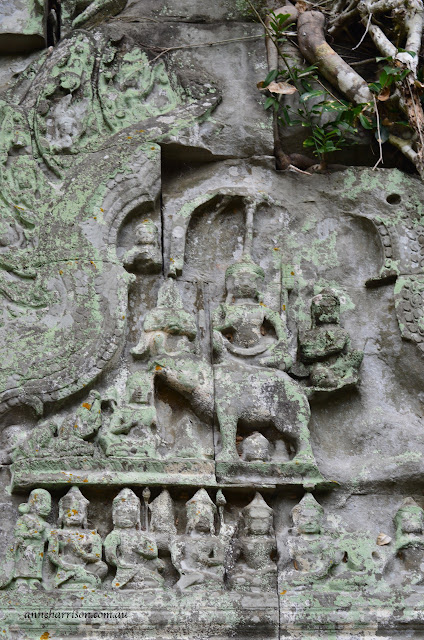 I wonder how many more temples are hidden here, with their own hidden faces, waiting to emerge to survey our world. 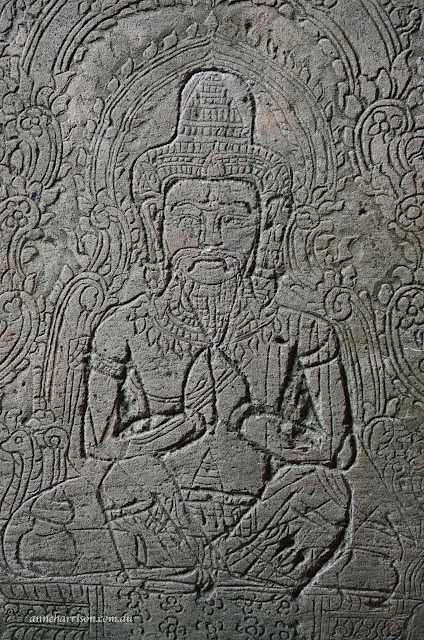 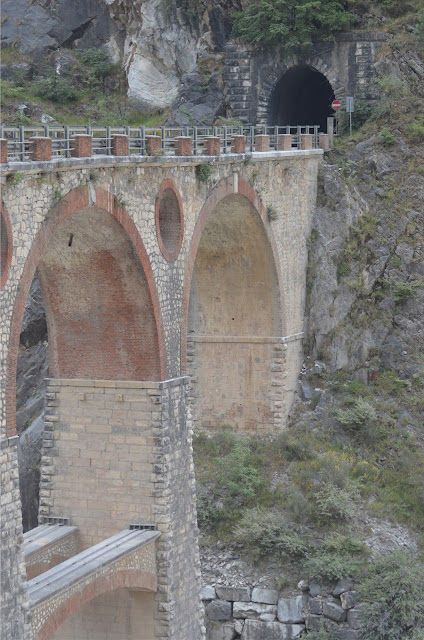 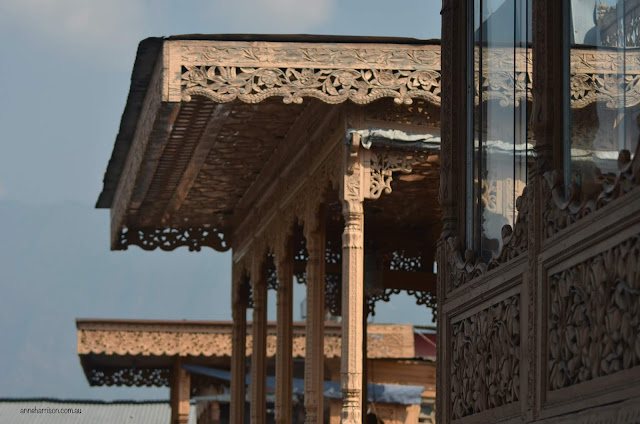 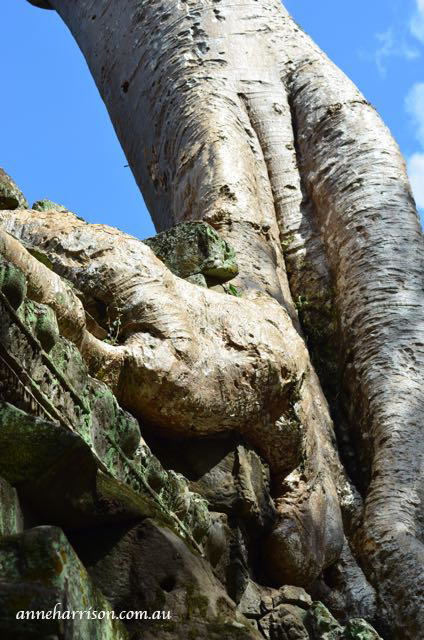